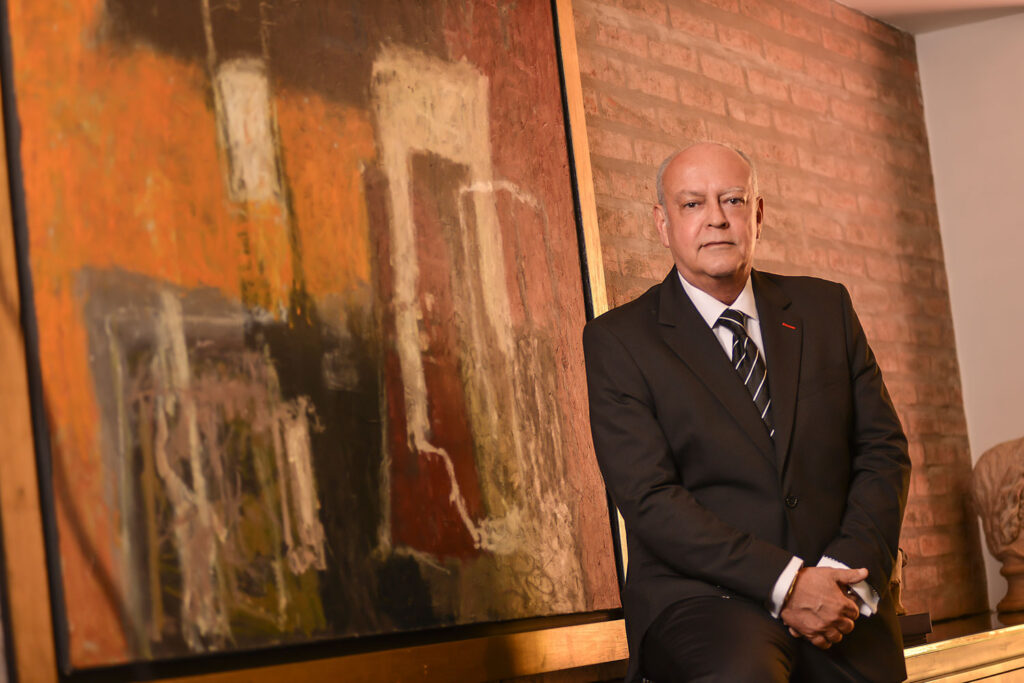 Ricardo Indacochea founded Indacochea & Asociados in 1991. For 30 years he was one of the professionals who laid the foundations for the development of the corporate legal practice in Bolivia with a global approach. First in the Hydrocarbons sector, where he played a leading role as a consulting lawyer for companies related to the field, and later developed and led the practice of corporate law, where he was considered a reference point for multinational corporations seeking support and theoretical and practical knowledge for the development of their projects in the country.

Dr. Indacochea’s experience holds an impeccable track record. He began his professional career in the city of Lima, Peru where he worked at Estudio Romero in that city and later worked as an associate at the law firm of Dewey, Ballantine, Bushby, Palmer & Word LLP, in New York City.

A professional valued and respected for his charisma, innate leadership and innovation, he was able to develop a new vision of corporate legal practice where equality of conditions, empowerment of women, attention to the smallest detail and constant professional updating has been his legacy for lawyers of the new generations who have been able to earn their place in the legal arena.

Throughout his professional career Ricardo Indacochea has been recognized by various international directories, always placing him in positions of leadership and excellence. Such is the case of Chambers and Partners, which ranked him on several occasions as “an authority in the area of hydrocarbons”, the famed Latin American Corporate Counsel Association’s – LACCA positioned him as “Recommended Professional” for the areas of Corporate Law, Mergers and Acquisitions, and he has been named for thirteen consecutive years as “Number One Professional in Bolivia” in legal expertise in Hydrocarbons by the English institution Who’s Who Legal.

He has been Professor of Labor Law at the Universidad Privada de Santa Cruz de la Sierra as well as Commercial Law at the Universidad Católica Boliviana as part of a program he taught in agreement with the HIID of Harvard University in 2002. Also, in 2013 he completed a second Master’s Degree on Multinational Master in Business Administration under the auspices of the following Business Schools: Adolfo Ibañez (Miami, Florida); Universidad de Deusto (Bilbao, Spain) and Europe International Business School (Beijing, China).

What are its objectives?

The Dr. Ricardo Indacochea scholarship aims to contribute to the permanence and academic success of law students by training them both technically and professionally.

In this way students are able to complete their studies and generate a benefit for their community, their family and themselves.

Continuous learning and mentoring from the best professionals in the country.

Scholarship holders will have the opportunity to have legal training and professional
experience in work teams led by IA professionals who will accompany them throughout their
university career. Internal training, complementary work material, support in the process of
preparation and defense of theses and master’s degrees, both nationally and abroad, are
aspects that are valued in the application for the Dr. Ricardo Indacochea scholarship.